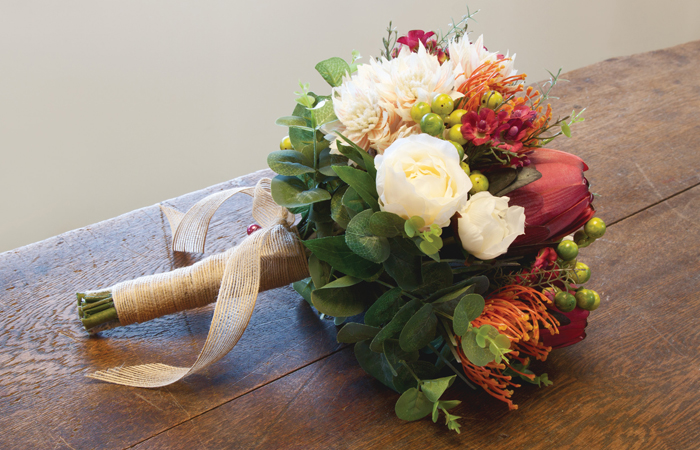 Australian natives have undergone something of a renaissance in the last few years, noticeably for wedding flowers, with many brides choosing a distinctly Australian feel for their wedding bouquets and flowers.
The huge variety of textures and colours to play with, from the large and impressive waratah (Taloea speciosissima) to the delicate blushing bride flower (Serruria florida), mixed with more traditional wedding flowers like peonies and roses, can create uniquely romantic arrangements. 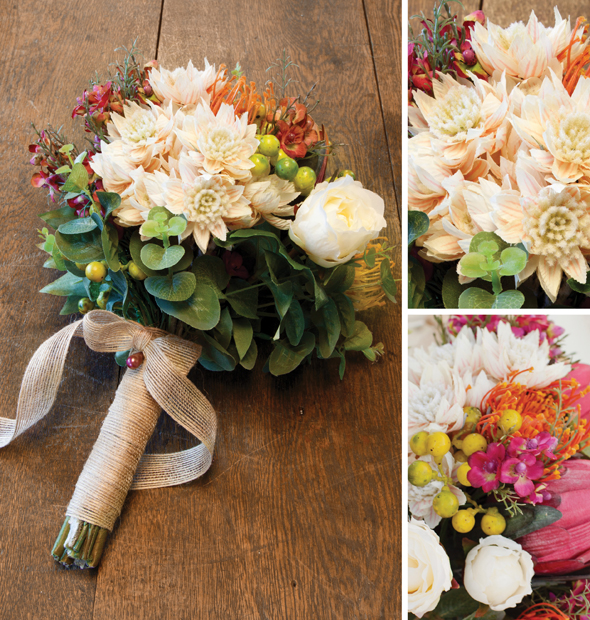 In shades of pink, burgundy, orange and cream, contrasted with green-grey foliage, this bridal bouquet incorporates both classical and native flowers. A favourite for florists choosing native wedding flowers, blushing bride flowers have a very pretty shape and delicately pointed petals – not to mention a perfectly apt name! We added eucalyptus spray, peonies, Geraldton wax, pincushions and proteas, all tied with natural jute ribbon.
The protea is the odd one out here, being neither a true Australian native (it’s originally from South Africa) nor a classical choice. However, the shades and textures of this flower work beautifully alongside the blushing bride flower and many more of our native blooms, especially the ‘pink ice’ variety. A stem or two of the giant king protea (Protea cynaroides) makes a striking wedding bouquet choice, with a flower head that can range from 120mm to 300mm in diameter, it’s not for the faint-hearted bride!
When creating such beautiful native bouquets like this, the last thing you want is to have to rid of them once they have wilted. So you can keep this beautiful native bouquet around forever, why not try using faux plants and flowers! We have an extensive range of native artificial flowers and faux plants to complete any native bouquet perfectly.

If you’re creating arrangements for a bride who is passionate about where they come from, it might be fun to know you can incorporate flowers into the wedding decorations that are the official floral emblem of the state they live in. In the spirit of the upcoming union, you can also include the groom’s floral emblem of course! Here are some fast facts about Australia’s floral emblems. The national colours of Australia are said to have been inspired by the striking green and gold foliage and flowers of the wattle. 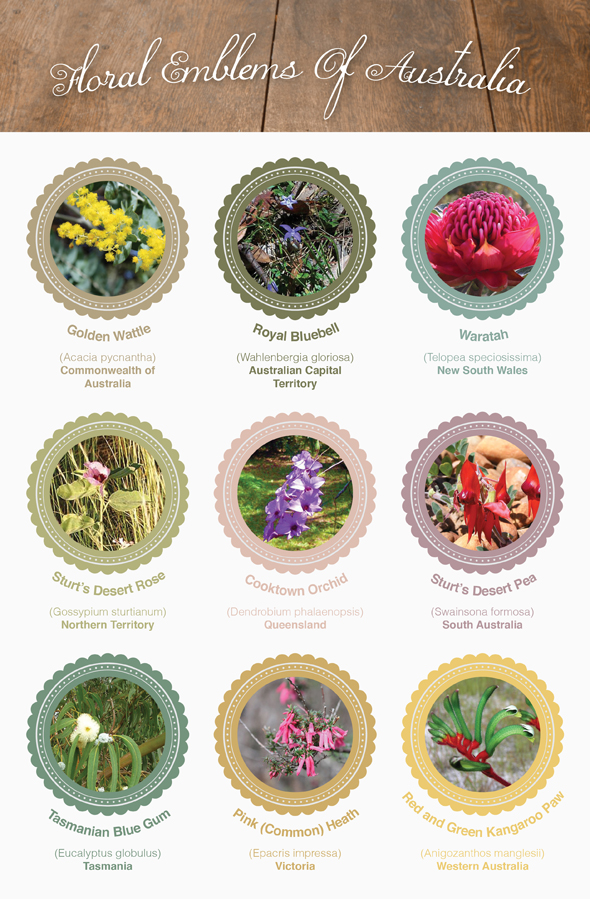 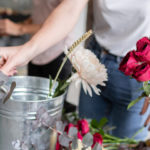 A Guide On How To Rehydrate Your Fresh Flowers 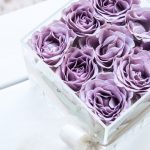 A Guide to Preserved Flowers – Six Things You Need to Know

What Are The Main Differences Between Dried & Preserved Flowers?