The following history of Henry Koch was written by his wife Una in 1986 for Mr. Ray Radford (owner of RAYS florist for many years and a great contributor to the florist industry) to use in preparation of some recognition for his connection with the floristry trade over the past six decades. She said: “Although I am giving you the facts as I know them, please only use what you think fit. I was ‘the girl in the office’ when he commenced work in Sydney.” The same information was also used for his funeral eulogy.

Henry was born in Varel, Germany on 30th March 1906. After serving his apprenticeship as Shipping Clerk with an Import/Export business in Bremen (pronounced Bramen), he became restless and at the age of twenty, decided to see what else the world had to offer. As his brother was a Ship’s Officer and visiting Australia, he decided to try his luck here. His 21st birthday was celebrated on the ship.

After calling at Adelaide, where he met up with a Mr. Lund of Marcard, Lund & Co. (who eventually employed Roy Baldocks – the Baldocks business still exists and distributes many products from Koch & Co today), he went on to the Head Office in Melbourne and was engaged by Mr. Marcard to come to Sydney where they had opened an office only a year earlier.

On 25th April 1927 Henry arrived in Sydney and commended work the next day for £2 per week. The Company imported numerous lines, including such things as florists’ wire and glass dome wreaths from England and Cape Daisies for wreath making from South Africa. Although these lines were sold ‘on indent’ to the large Sydney florists like Searls and Berminghams, it became evident that local stocks should be made available.

He slowly made his employers realise that there were bigger things to be done with that section of their business. Shortly after that, he was provided with a 1927 Chevrolet car, and visited the city and suburbs as well as most country towns, showing good results for the Company.

The Y.M.C.A. in Sydney was where he became integrated with the Australians and their way of life. He made some good friends, and one in particular was responsible in helping him financially to start up his own business in 1931.

With the breaking up of Marcard, Lund & Co. the Opportunity came for Roy Baldock in Adelaide, Coopers in Melbourne and Henry in Sydney to start on their own. All succeeded!

With the help of Henry’s Y.M.C.A. friend he bought out a small company called N.S.W. Florists Sundry Supply – the only opposition he had in Sydney. Working day and night he eventually paid back what he owed, and on 9th June 1934 married Una Gorton. Two daughters were born by 1939. Unfortunately, for the family, Henry had been too busy and had failed to become naturalised and was therefore interned in Victoria from 1940-1945.

During his absence the business survived through a very difficult period, as apart from losing all manpower to the war effort, it was ‘burnt out’ in 1941, This meant reopening the business with very little stock in Goulburn Street, Sydney. Time went by, and although Henry returned home in 1945, he was sent to Canberra to plant trees until he was eventually able to return to the business. Two more children were added to the family.

As stocks started-to become more available, Henry injected his vigour into ‘making up for lost time’. At the age of eighty, he was still doing just that!

I leave it to you Ray, to assess his achievements since those days, as you have all been pretty close to him in business to know that he LIVES for his business – not only for profit, but for the joy of helping those who need it. SERVICE is the name of the game! Thanks to his wonderful staff of today he is able to carry on, and for that I am thankful. What could he otherwise do?

After Mr Koch passed away, his daughters tried running the business for a few years with the existing staff. Their lives were busy with their own families and so decided to sell. So in 1996 one family passed on the business to another family and that is when the Papas family bought Koch & Co and have been running the business ever since.

How To Health Check Your Business 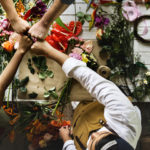 What Are Different Artificial Flowers Made From? 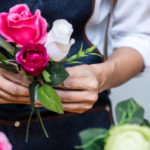 What Is The Best Way To Manage Fresh Cut Roses?